What are the advantages of a hydrogen vehicle?

With anti-pollution standards becoming more and more restrictive, there are now many alternative mobility solutions available, making it possible to considerably reduce CO2 emissions. While many manufacturers today prefer to opt for hybrid electric and plug-in hybrid models, others are focusing on slightly greener models such as 100% electric. But hydrogen is also beginning to gain recognition among manufacturers. What are the advantages of hydrogen-powered vehicles? Before answering that question, it is first of all important to point out how a hydrogen car works.

How a hydrogen vehicle works

A hydrogen car is actually an electric car that produces its own electricity using hydrogen. It is equipped with an electric motor and a battery in the same way as a 100% electric vehicle, but smaller in size and therefore with reduced energy capacity. However, unlike a conventional electric car, which is supplied with energy by being plugged into a mains socket or a quick charger of the Combo type, it is thanks to the fuel cell that it is supplied with electricity. It is in fact a chemical reaction between hydrogen from the air captured outside and the hydrogen stored in the tank. This reaction converts the hydrogen into energy, which is then sent directly to the electric motor. And in the deceleration phase, the energy recovered will be stored in the battery. In terms of coupling, the efficiency of the electric motor and fuel cell is twice that of a conventional internal combustion engine, i.e. around 20 to 25%.

The main advantages of hydrogen vehicles

The advantages of a hydrogen-powered electric vehicle can be numerous, to mention only the charging time. While 100% electric cars take several hours to fully recharge, hydrogen tanks can be recharged in just a few minutes. A few minutes is therefore enough to recover 100% of its autonomy, which is quite advantageous for people who have no or limited access to a recharging device. One of the advantages of a hydrogen-powered car lies in its autonomy, which gradually gains in performance. Some hydrogen-powered cars today have a range of over 800 km, which is not insignificant compared to the 50 to 100 km offered by hybrid vehicles. This type of car does not require the installation of a high-capacity battery. As a result, they are much lighter than their all-electric counterparts. This represents a considerable gain in terms of consumption. On the very sensitive subject of CO2 emissions, as an electric car, hydrogen vehicles do not produce any environmentally harmful gases. In addition, like conventional battery cars, they do not emit any noise pollution, which allows you to travel in complete peace of mind in the passenger compartment.

The small faults of a hydrogen-powered vehicle

However, despite these advantages, the hydrogen engine is not yet very popular among consumers. Vehicles equipped with this type of engine still have some disadvantages that make many people still very reluctant to adopt them. One of the main disadvantages of hydrogen vehicles is still the lack of a distribution network. Unlike electric vehicles, which have charging points all over Europe, or combustion vehicles, which can find petrol even in remote corners, hydrogen recharging stations are still very limited. Hydrogen itself is problematic. It is a highly flammable gas that must be handled with care. On a car, any risk of leakage can therefore be very dangerous. Hydrogen is also a very light gas. Compared to other gases, it therefore requires a larger tank to contain it, which can reduce the passenger compartment or the loading capacity of a car.

In the same category
Is car hire excess insurance worth it?
COMPANY: THE LATEST NEWS 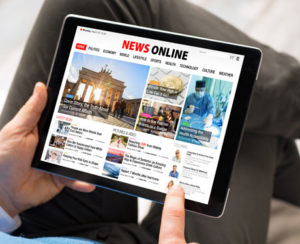 Follow the latest news online: social events, news within the company, new or most followed.

Make your purchase online: find the most popular shops, the most sought-after trendy products, compare quality or price. 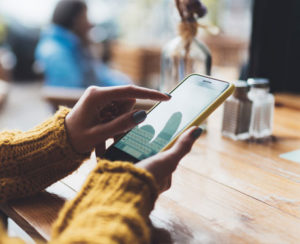 Be on the cutting edge of technology: find the latest high-tech news, the latest smartphones or trendy gadgets on the web.